This is no ordinary team building

Nervous laughter. I wondered if my palms were sweaty. The hands of my colleague behind me were warm on my shoulders. Like a kindergarten game of Thomas the Tank, we followed Milena into the slice of almost-dark between two doors.

It was like an airlock for light. Once the outer door closed behind us we were plunged into blackness and, blinking, I felt giddy and flushed. I heard feet shuffling as the others recalibrated too. I thought of the Japanese concept of 'ma,' or empty space, an interval, vital waiting time between things.

‘Are you ready?’ Milena asked. We were, but weren’t. We were on a Hallowe’en team building and our destination was Sofia’s first dark restaurant: Tenebris.

Milena and our other two expert hosts for the evening, Ralitsa and Ivan, are comfortable in the dark. It’s part of their world because they’re visually impaired. They are already leaps and bounds ahead of us.

But in our work we depend on sight.

From reading bug reports to writing code to getting just the right layout for a user interface; from scrolling through Slack to writing this article. We depend on our eyes. In our office the other senses sometimes intrude, but mostly we don’t notice the quiet hum of concentration unless someone puts a bum record on too loud or the coffee machine makes an odd squeak. Most of us are into food and most of us eat as much with our eyes as with our mouths.

So it was understandable that the idea of a trip to a dark restaurant should spark interest, wonder and a little bit of fear. I asked the team to volunteer thoughts before we went. Here are some of them:

I am kind of sad that I won’t be able to enjoy the presentation of the food. Also wondering if it’s remotely possible for our eyes to adjust to the lack of light.

Feeling a bit anxious that I will sit in a dark room.

For my own part, I was worried about not being able to understand what people were saying (in a second language) without visual cues, not knowing who is talking, and having a mild case of claustrophobia and anxiety.

But I was dying to taste the five course menu and meet the crew.

It’s unusual to see an assistance dog or person walking with a white cane in Bulgaria. The quirkily uneven pavements of the cities can be treacherous for sighted pedestrians or parents with prams, and the road to the restaurant is no exception. I wondered how Milena got to work without losing a toe.

Culture Chief Nadya shared that at first she was worried that nobody would sign up for the event. 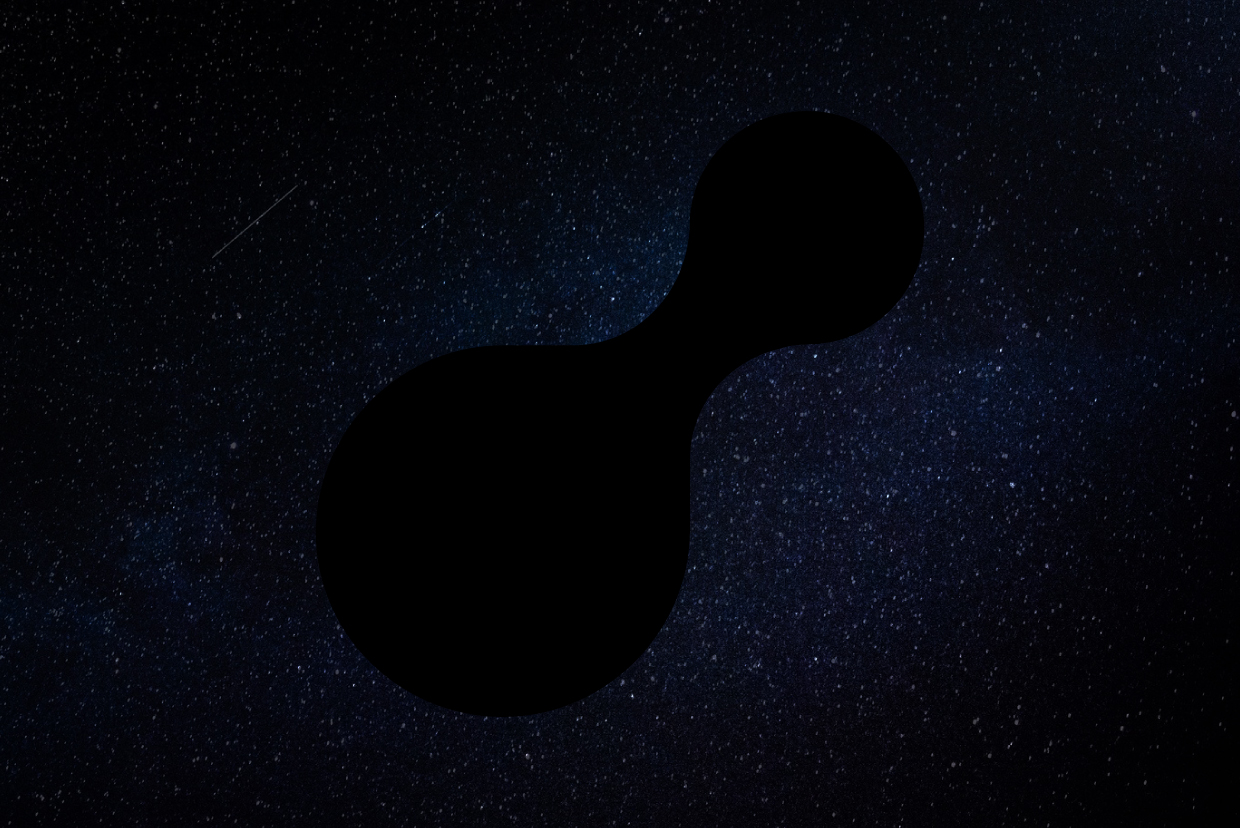 But as it turned out it was the most well-attended of any of our team buildings, and with good reason.

It was one of those experiences that turns the world on its head long enough to make you reevaluate everything that matters to you. Why? Because it strips away almost everything you hold up as normal, sacred or desirable.

It makes you examine your position, your privilege, your biases.

And the food was damn amazing, too. We didn’t know in advance what we’d be eating, just that we’d have the choice of a vegetarian, pescatarian or meat-based menu, five courses. In the (thankfully lit) reception area we were met by owner Plamen, who gave us raspberry wine and a chocolatey amuse-bouche and told us a little about the venture and his reasons for starting it.

What does eating in a dark restaurant involve?

Well, eating in the dark. Not just low lights but pitch black, all devices safely removed to the cloakroom and not even a luminous watch hand or manicure to be seen.

So dark you can wave your hand in front of your face and not see it. So dark that to figure out who’s sitting a foot away from you, you have to ask them their name. So dark that the first step to eating is locating the edges of your plate.

As conversation stuttered and then flowed, our starters were expertly placed in front of us. We’d already been given the green light to eat with our fingers, having all washed our hands well in the cloakroom, and here we divided into clear camps.

Using fingers instead of the cutlery provided was a step too far for some of us. I was glad to pick up the morsels on my plate with my hands: as I couldn’t see them, touch became an urgent stand in, helping me sample texture and shape before I tasted. We all became acutely aware of how much we relied on our eyes as more drinks were served, again expertly by our hosts, who talked us through how to grasp the glasses they were proffering.

I was amazed they trusted us with actual glass, long stems and everything.

On our table, we talked a lot about what it was we might be eating. Milena told us we were working well together at guessing; the guesses got worse towards the end of the meal, perhaps because we were relaxing more and acclimatising to the new normal. Perhaps because of the wine. The conversation drifted towards childhood memories of places, people and, above all, food. I tried to explain what Bovril was in Bulgarian.

We talked about tiffins and favourite hangouts, local words. We incorrectly identified a succulent duck dish as beef. It turns out none of us was able to place artichoke blind, but the squash in the pudding brought gleeful exclamations of joy and recognition. Later, colleagues on other tables told me their conversation became more and more intimate, like confidences between best friends, the dark allowing the blanket of honesty. I wondered at whether the owners and hosts might not favour big groups like ours, intentionally splitting us up into smaller tables to give us just this experience of closeness that’s so hard to achieve at a traditional team meal.

After a while, as time became lost, a violinist wandered in and began to play, making several of us wipe tears away. It was weird to realise that this reflex wasn’t necessary: nobody could see you cry.

After what seemed like an hour and a half, but was well over three, we were led out table by table, blinking and dizzy into the light. We were shown what in fact we’d been eating, and could decompress by laughing about how we’d done at guessing. We were given back our bags and phones, and the little oblong devices already seemed offensively bright and intrusive. This was one meal where nobody was distracted by instagramming a plate, and there were no chances to zone out by checking any sort of social feed.

We parted and nobody felt like going on to a bar or other noisy place. It was as if we all needed time and space to let the evening sink in.

Later, I asked for more comments.

I was surprised how much I rely on my eyes to fully enjoy the food I consume.

My eyes (or consciousness) constantly tried to construct and make a visual representation of the surrounding world. I imagined the plate, the table, the interior. Also tried to visualise the people I was speaking to.

The hosts were interesting to talk to. We talked about how they feel when people try to ‘help’ them instead of just asking them.

The night at Tenebris gave us food for thought. It taught us a valuable lesson about empathy and standing in someone else’s shoes. It made us think more deeply and considerately about who it is we make products for, who those without a traditional voice are, and how to serve them better.

We're a close-knit team and we love solving problems to help you make a difference. Check out some of our recent work or get in touch if you'd like an informal chat about your next project. 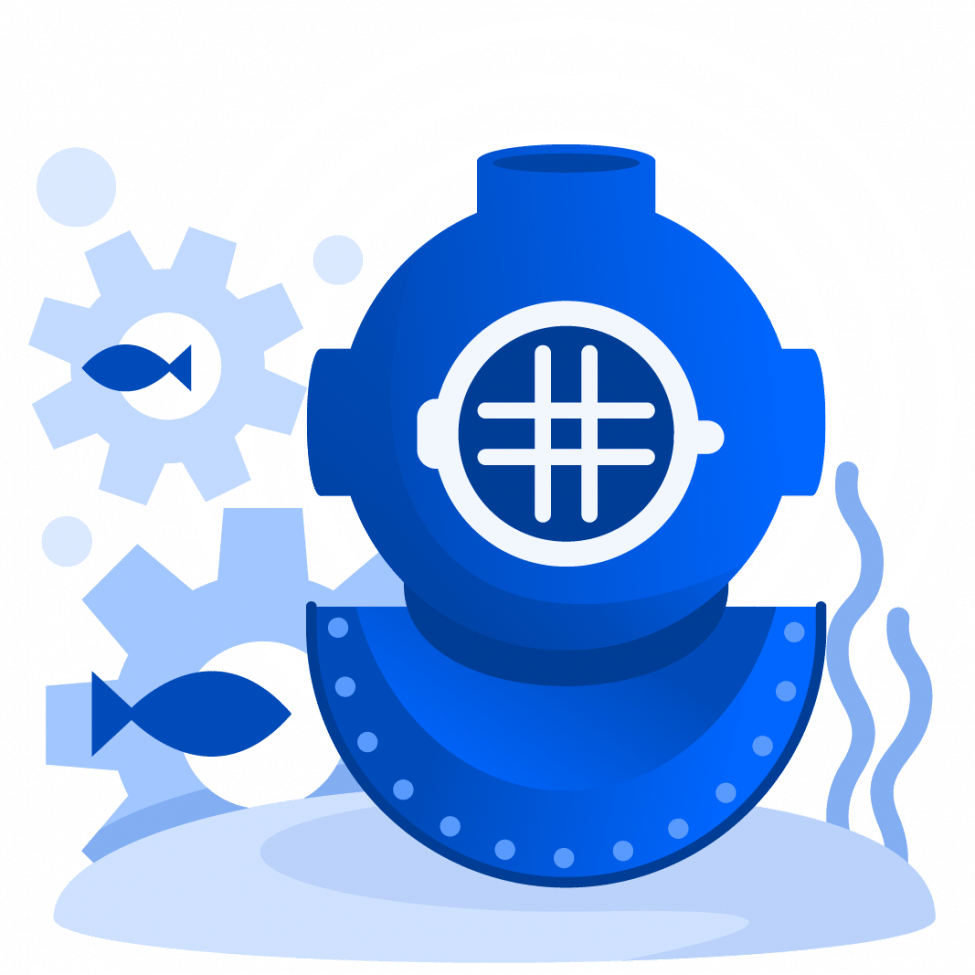